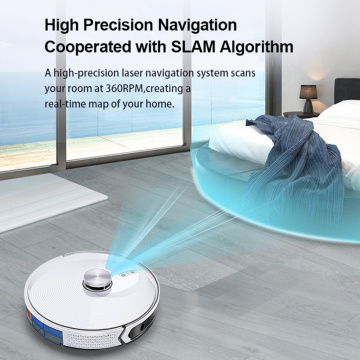 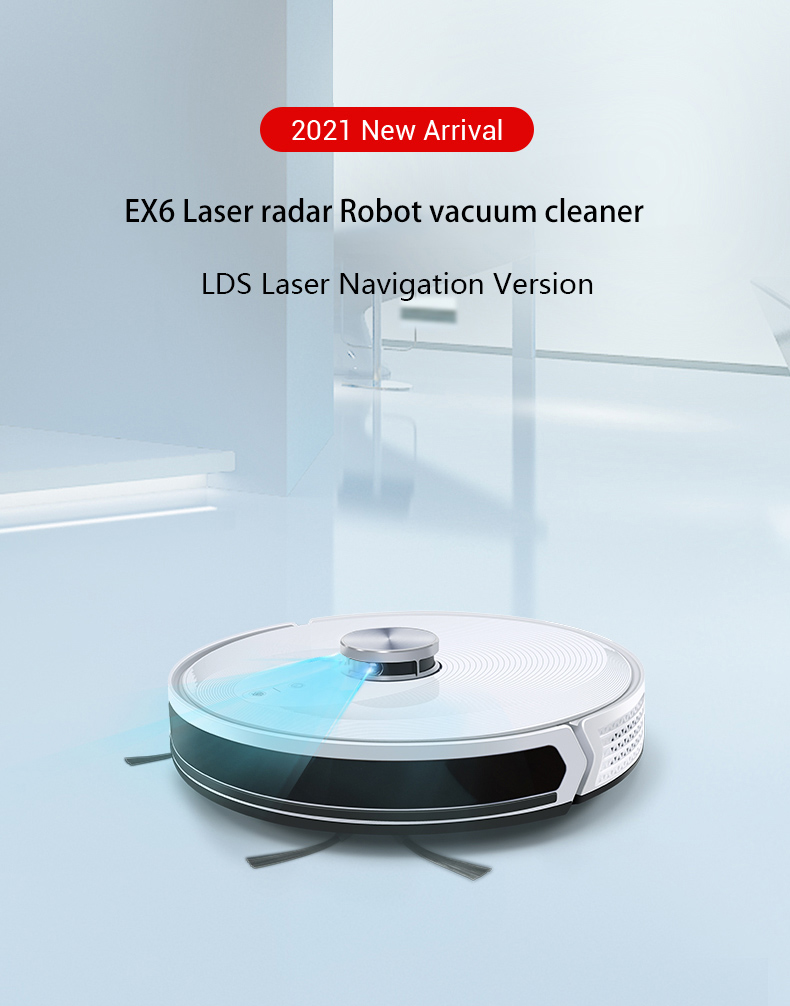 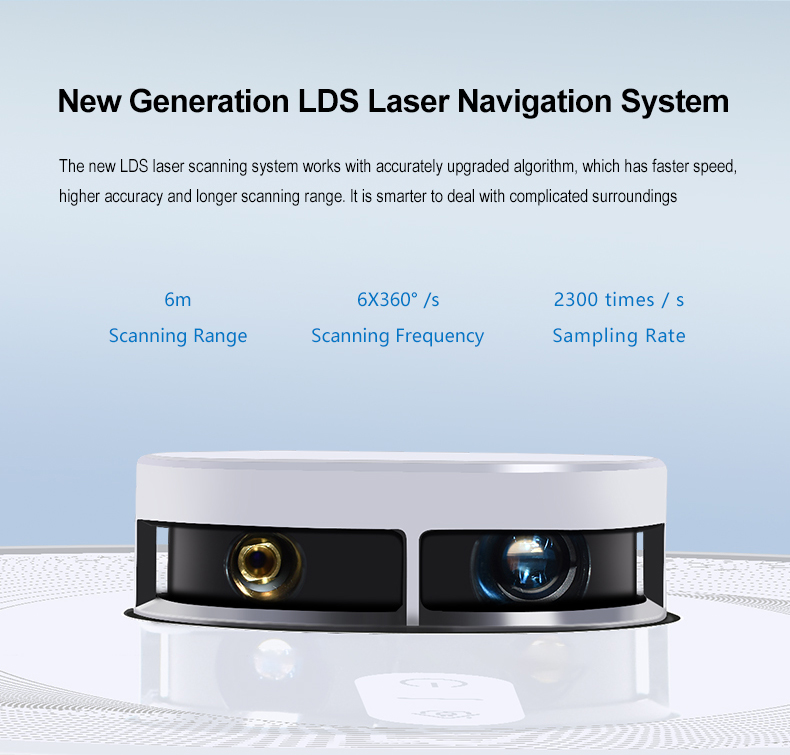 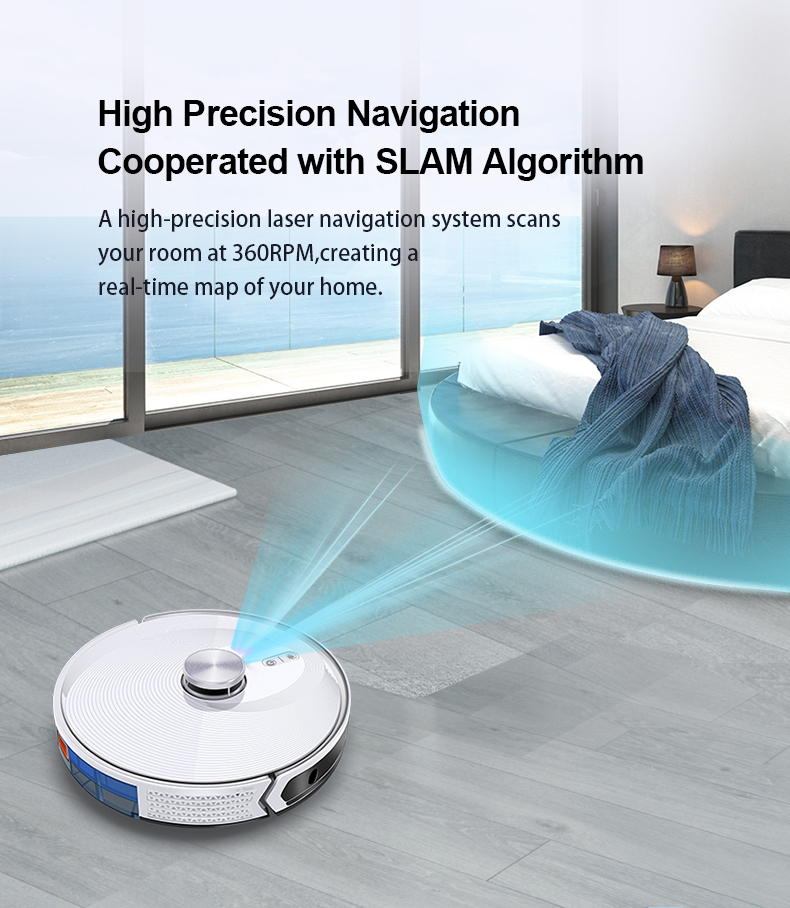 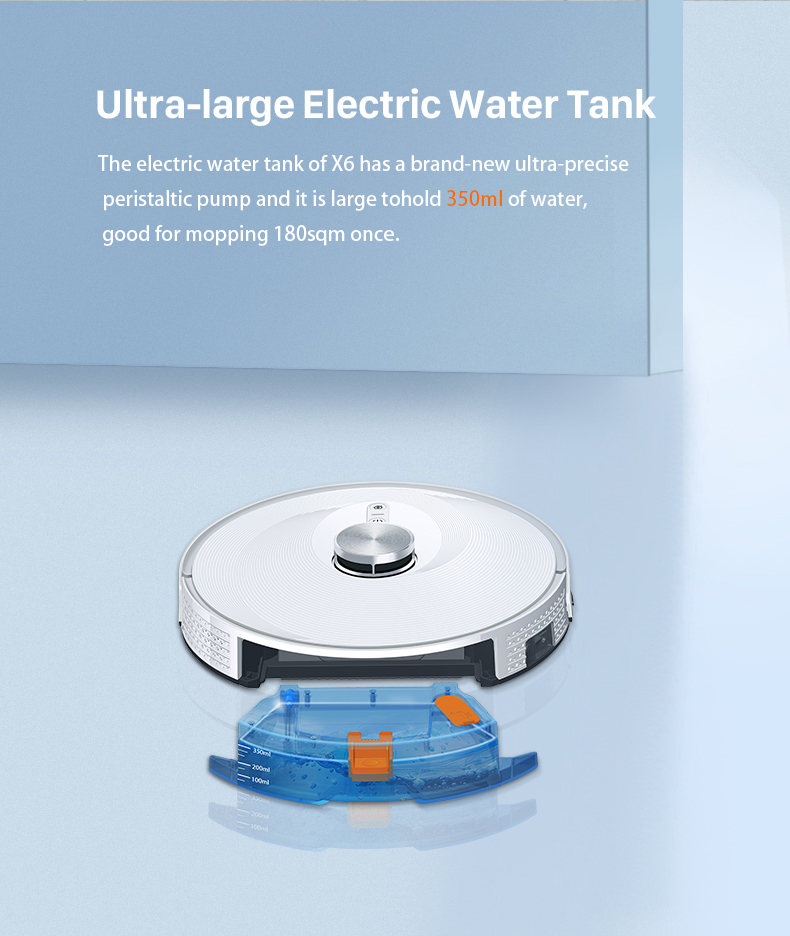 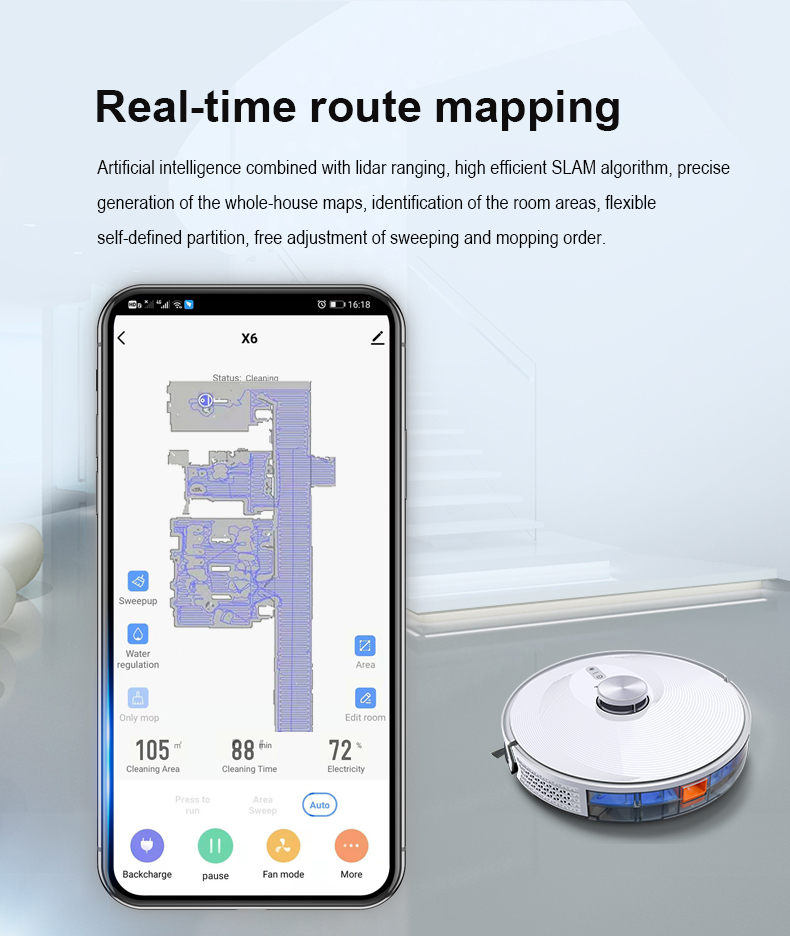 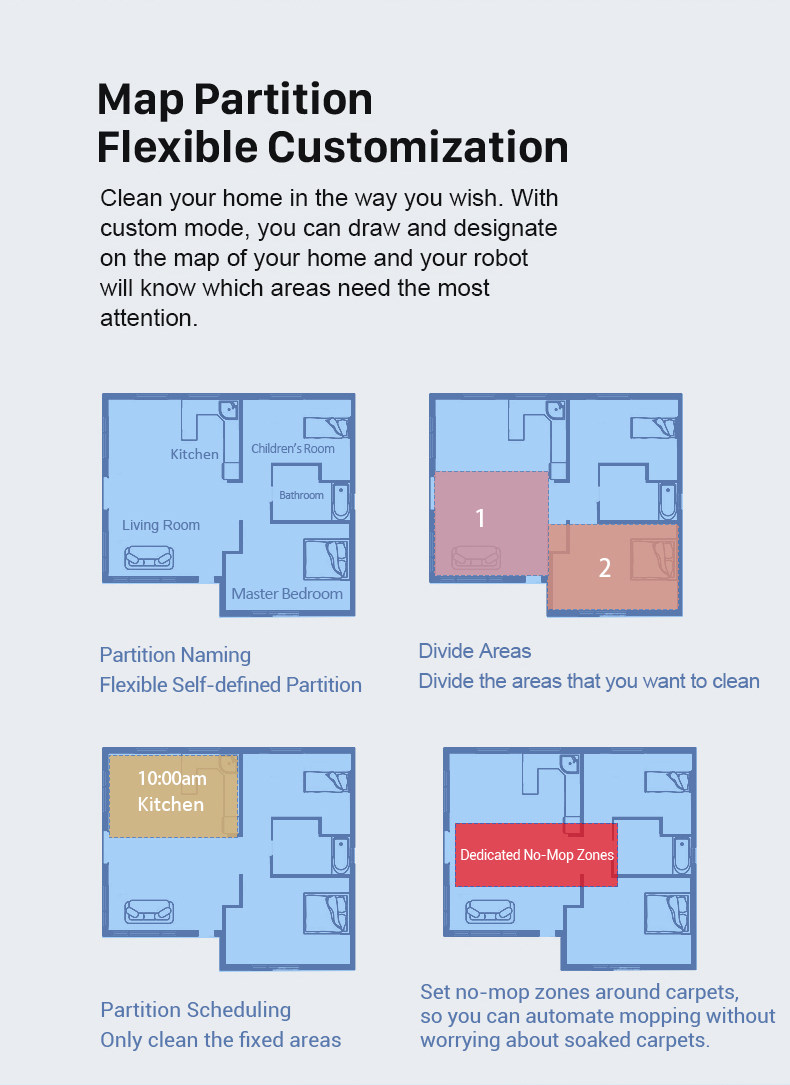 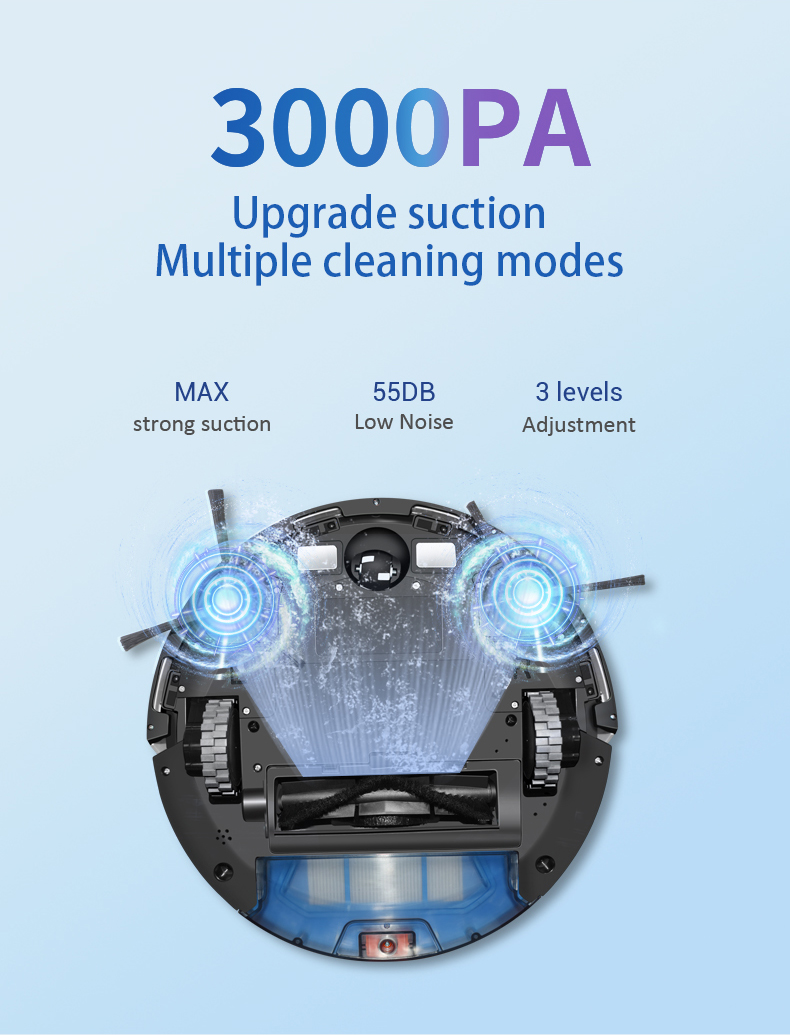 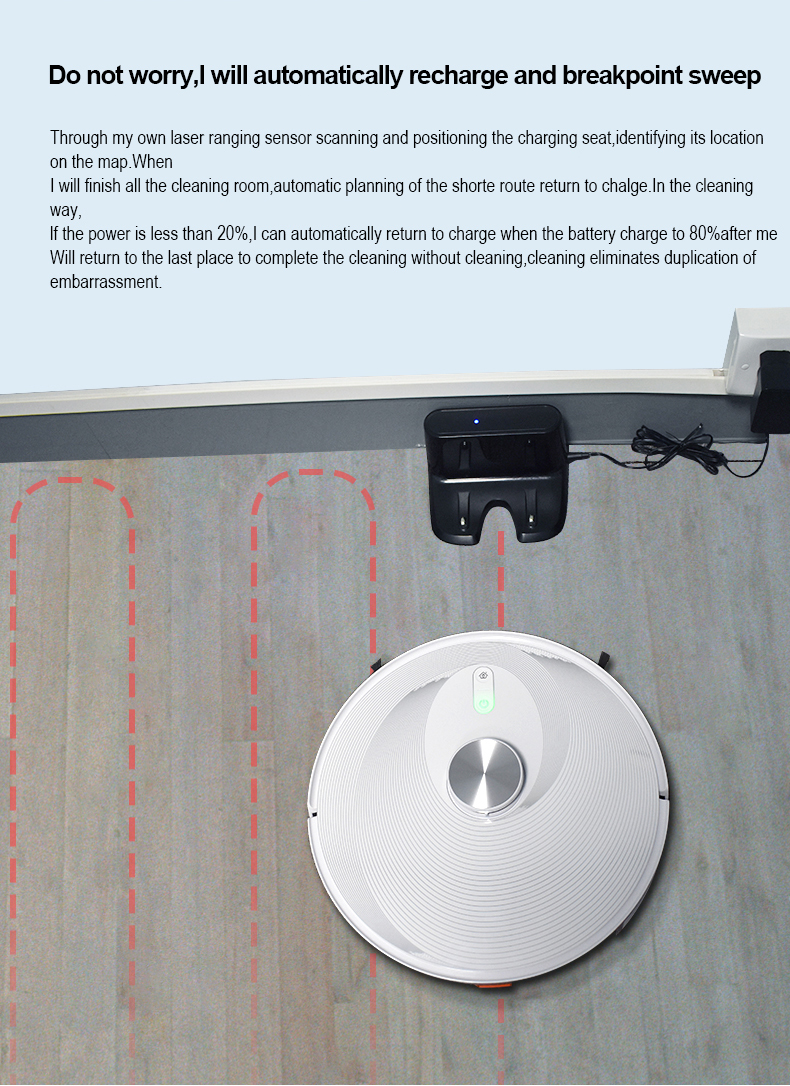 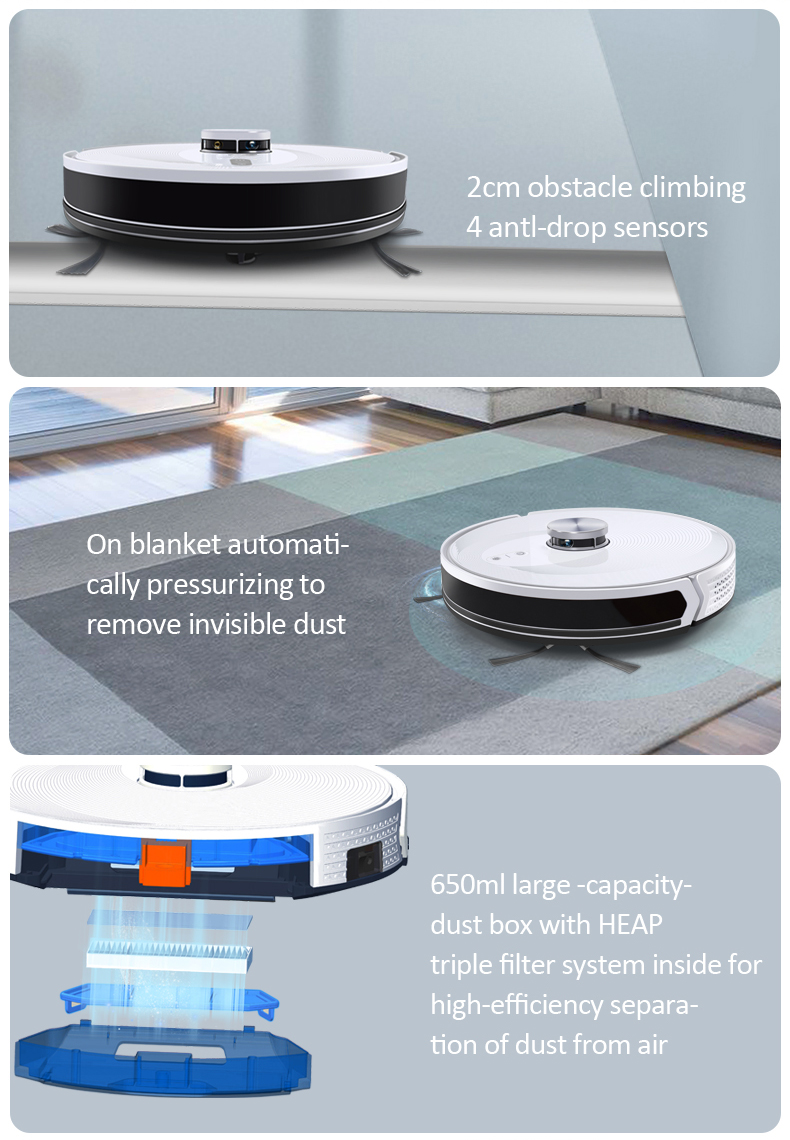 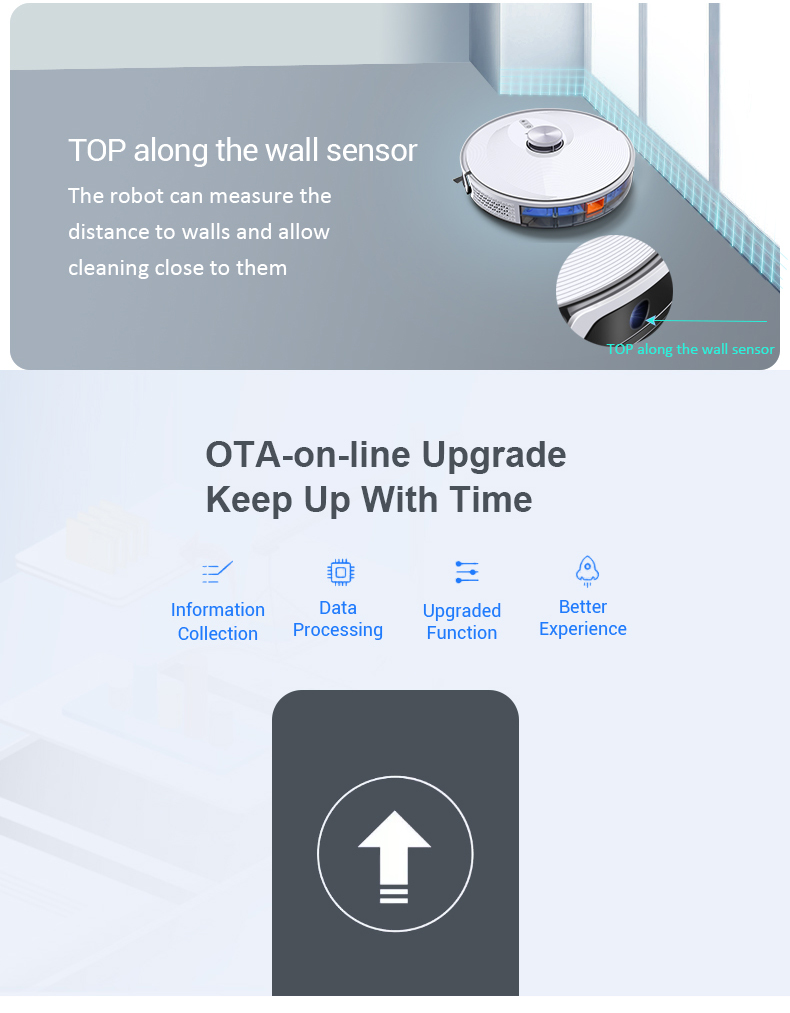 Nowadays, sweeping robots are becoming more and more popular and have become a kind of "emerging small household appliances". In order to realize the function of cleaning the whole house with higher efficiency and energy saving, drawing indoor map and determining their own position are essential functions. Many early floor sweeping robot products are not equipped with navigation system and can only clean according to the set route. They turn when they touch the wall or object edge, resulting in disordered and inefficient cleaning routes. In recent years, many medium and high-end sweeping robots are equipped with navigation systems, which can build maps or models for indoor areas to plan cleaning routes, which can not only save energy but also improve efficiency. At present, there are two widely used navigation technologies in the market, one is visual navigation, the other is laser navigation. roomba s9 robot Vacuum cleaner

Both of them are realized by Slam (synchronous positioning and mapping) algorithm. Slam refers to the process that moving objects calculate their own position and construct environment map or model according to the information of sensors, so as to solve the problem of positioning and map construction when robots move in unknown environment. According to different sensors, it is divided into vision based vSLAM (visual SLAM) and lidar based laser Slam (LIDAR SLAM), corresponding to visual navigation and laser navigation respectively， robot vacuum cleaner with big water tank

EWONG( Own two factory JINGDAO ELECTRICAL APPLIANCES CO., LTD & Fuzhaotong electronics co. LTD ) is a professional small household appliances and commercial appliances ODM and OEM provider.It was founded in 2009.Located at Zhongshan,Guangdong,China,we are a specialist focusing on designing, manufacturing and distributing commercial appliances and small home appliances. Our product range include Air Fryer Oven, Soup maker, Electric pressure cooker and heater,Robot Vacuum Cleaner and other home appliance. With our fashion designs, superior quality, extraordinary brand recognition, and high quality after sales service, our products have been well accepted by many domestic and foreign OEM/ODM clients. With experienced sales team, Research and Developed team of 12-years experience, and strong QC team to ensure superior quality, we could afford to provide better salaries to our workers and year-end bonus and these in turn maintained a very stable work force for us, which result in very well trained and skilled workers,the highest production efficiency among all our peer competitors,and of course,the lowest costs but with the best and stable quality.We have been selling our products to Australia, South East Asia and Europe.We have established good partnership with some overseas clients. As usual, we will keep improving ourselves with focusing on international market trend, new technology and process, and top class quality standard. Aiming ourselves to be among the top manufacturers of the small household appliances, to be on the same page of the globalization trend, Ewong is more than willing to build up partnerships with both domestic and international clients so that we can develop and grow together.Therefore,your attention on our products and ourselves, and your participation in our mutual development will be highly appreciated.

Email to this supplier